A Miami criminal lawyer with a record of success

The legal practice of Scott F. Kotler, P.A. is defined by an aggressive, hands-on approach. I have represented professional athletes, doctors, lawyers, businessmen and women, and other prominent figures as well as average people caught up in the criminal justice system. Below are a few cases of which I am particularly proud.

Successful representation and 100% victory for former Florida Panthers professional hockey player wrongfully charged with DUI. Years of playing professional hockey left him with numerous concussions which plague him to this day and wrongfully led police to the conclusion that he was driving under the influence of alcohol. All charges dismissed. (County Court, Eleventh Judicial Circuit)

State of Florida vs. Baldonado

State of Florida vs. Dale Davis

Detroit Pistons professional basketball player charged with numerous crimes as a result of a dispute with hotel security and the Miami Dade Police. Undertones of racism and the Pistons being a Miami Heat rival in the NBA. During his arrest he was tasered with 50,000 volts of electricity. Jury trial in front of ex-Miami Dolphin judge Edward Newman. Trial recessed so Mr. Davis could play in the Pistons-Heat game that evening. Detroit won and so did Mr. Davis the next day..acquittal!

Successfully defended the rights of a non English speaking defendant charged with D.U.I. where investigation was done in English without the aid of an interpreter; Acquitted.

Successfully defended a previously unrepresented individual who had a restraining order issued against her by her next door neighbor.  She was charged with violating court and was facing one year in the Dade County Jail; Acquitted. 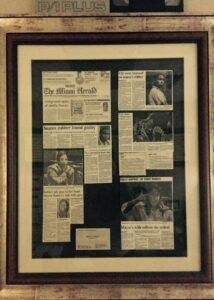 Successfully defended the rights of a Cuban Mariel wrongfully charged for the behavior of another individual; Acquitted.

Successfully defended the rights of an individual who was wrongfully targeted and charged for a lewd crime; Acquitted.

Obstruction of justice – client accused of giving a false date of birth and social security number to law enforcement; bench trial – not guilty.

As a criminal attorney with a record of results for my clients, I provide criminal defense services to Miami, Fort Lauderdale and the surrounding communities. Contact my office at 305-804-2436 or online to schedule a free initial consultation about your case today.

Please fill out the form below and one of our attorneys will contact you.

*We speak Russian, Ukrainian and Slovak *Se habla Español
Our Office
Se Habla Español We speak Russian, Ukrainian, and Slovak We can make a payment plan
Scott is an excellent attorney!
I dont want to go too much into detail, but due to a misunderstanding I was facing serious child neglect charges. Mr. Kotler was able to explain my situation to the State Attorney who was able to dismiss the case. I really appreciate all his help. - a Criminal Defense client (5 star review)
Ratings and Reviews